I was less sure of where to go with the idea for the crossing the stream animation. I originally had the idea of having a character going for a jog while talking to a friend behind him, he’d then turn around just before the stream and attempt to make a safe crossing but would still be carried forward by his momentum and then face plant the other side of the riverbank.

It was a little too similar to the pole walking animation and decided to go for a more cautious approach the stream as an obstacle to be crossed. I’ve not fully explored this idea, I’ll come back to this later. 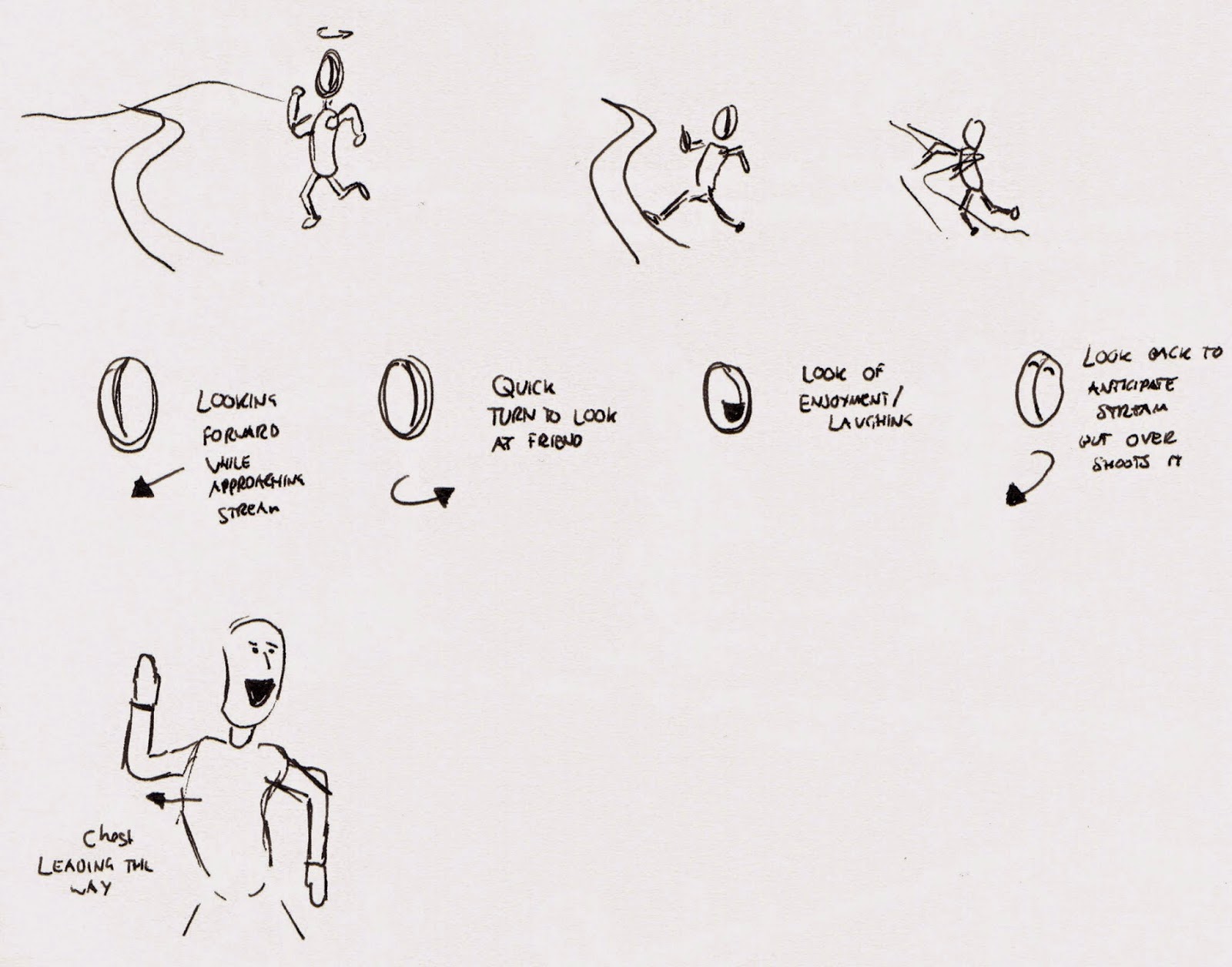 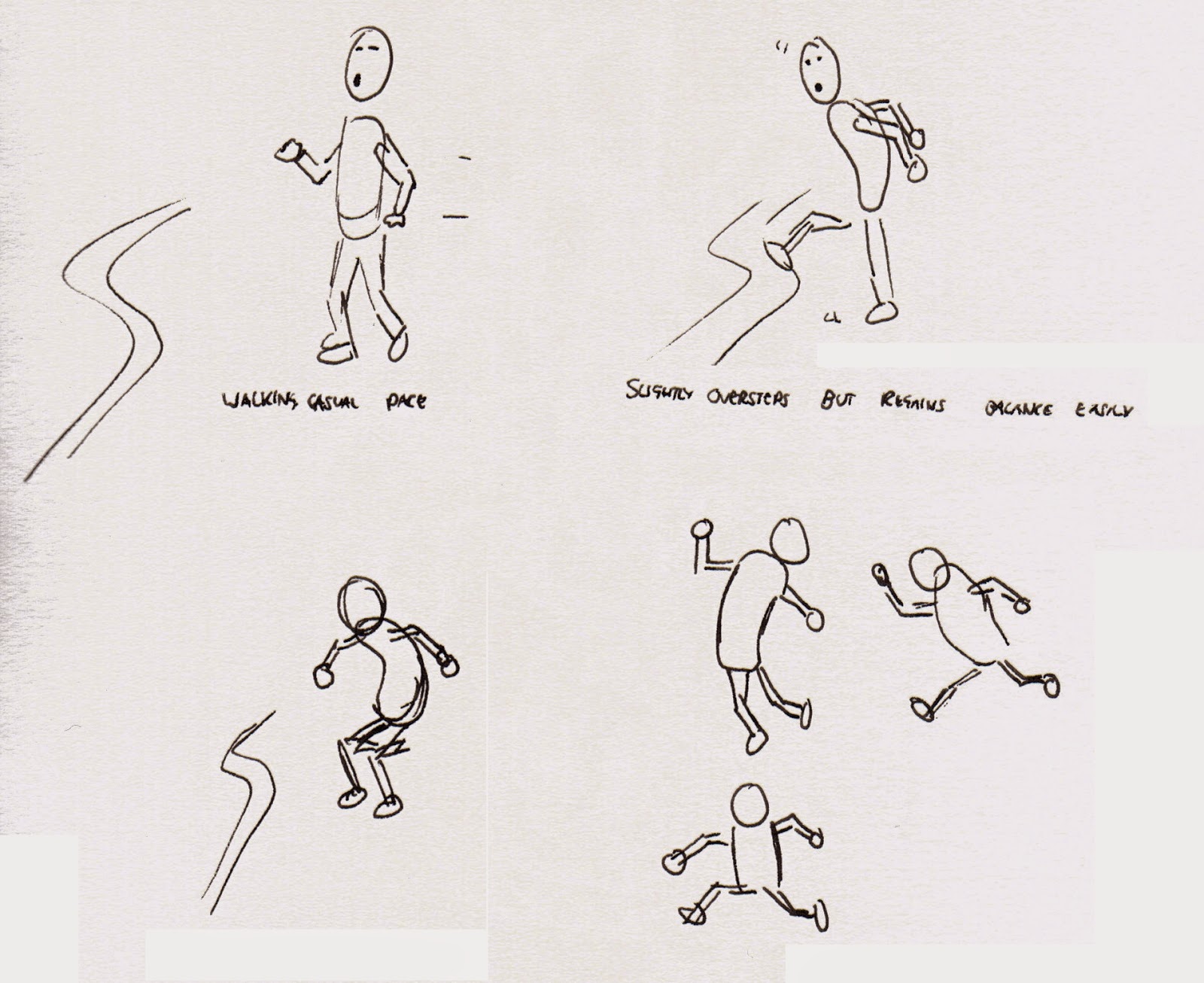