In response to the learning contract I wanted to further specify what type of environment I wanted to build. I want to convey an alien planet, with inspiration from the planet of Mars and Saturn’s moon Titan.

I didn’t want to concentrate too much on the terrain and modelling aspect as this project is mostly about the air, the atmosphere and the dust particles that make up the rest of the scene. However I did want to consider the colours and composition of the scene.

I put together an environment in Photoshop that I tweaked the colours of to see what would work. They aren’t meant to be works of art but they are a good representation of the direction I’m aiming for.

I wanted to make a clear difference between the planet in its calm state and when the big toxic dust storm came into the scene. For the planet’s calm state I think the colours that work best are the second two which are slightly more blue. 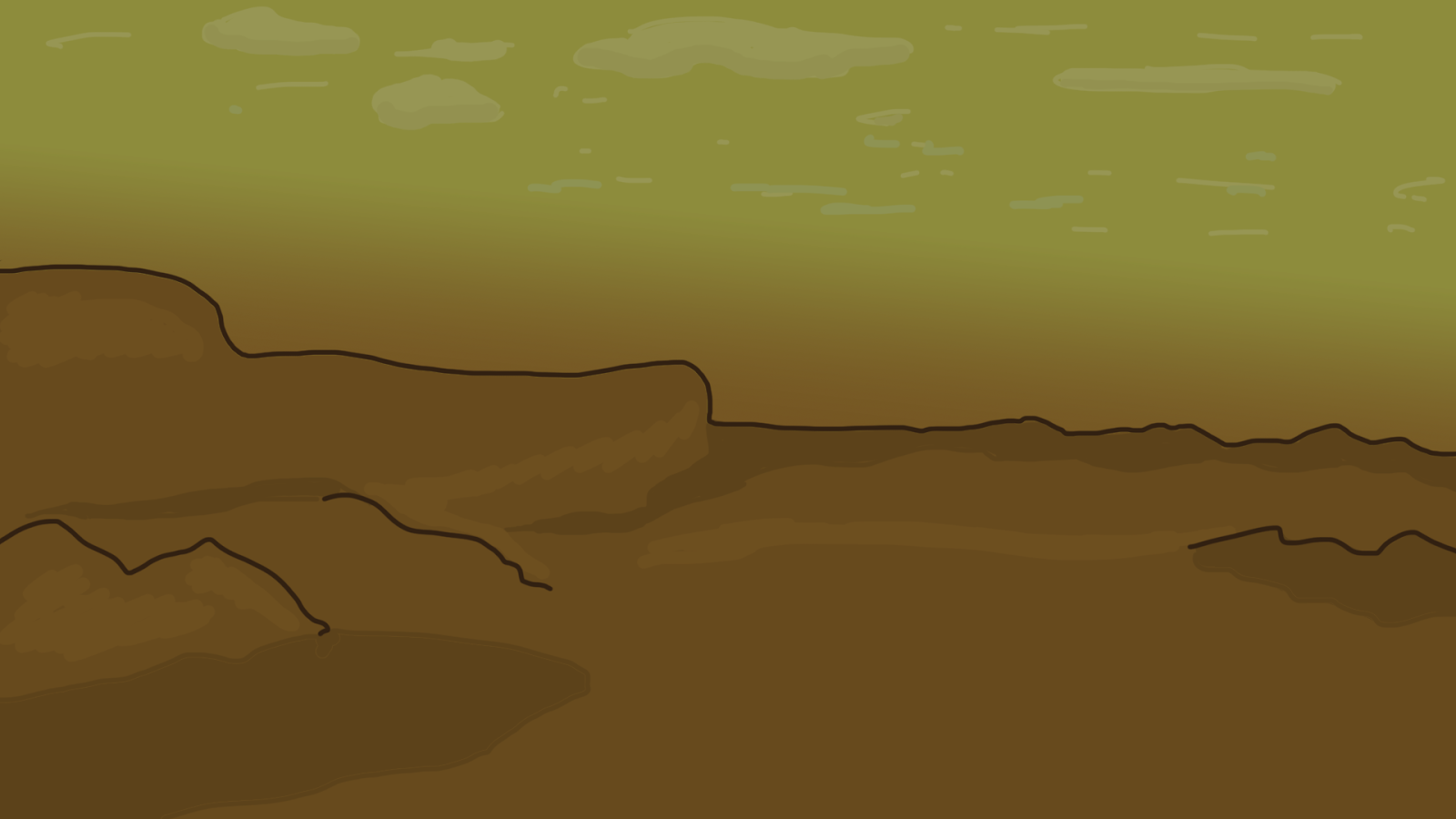 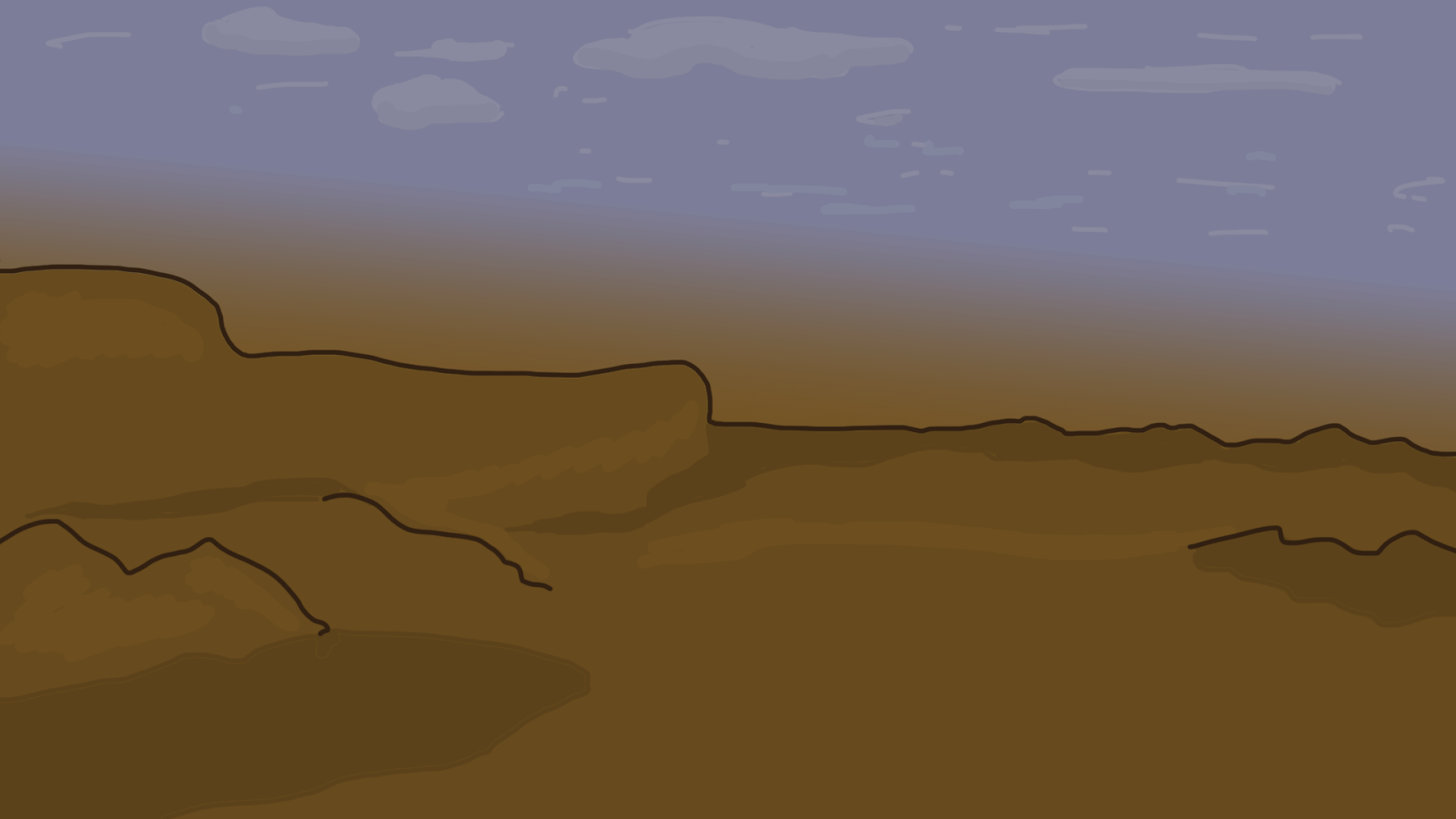 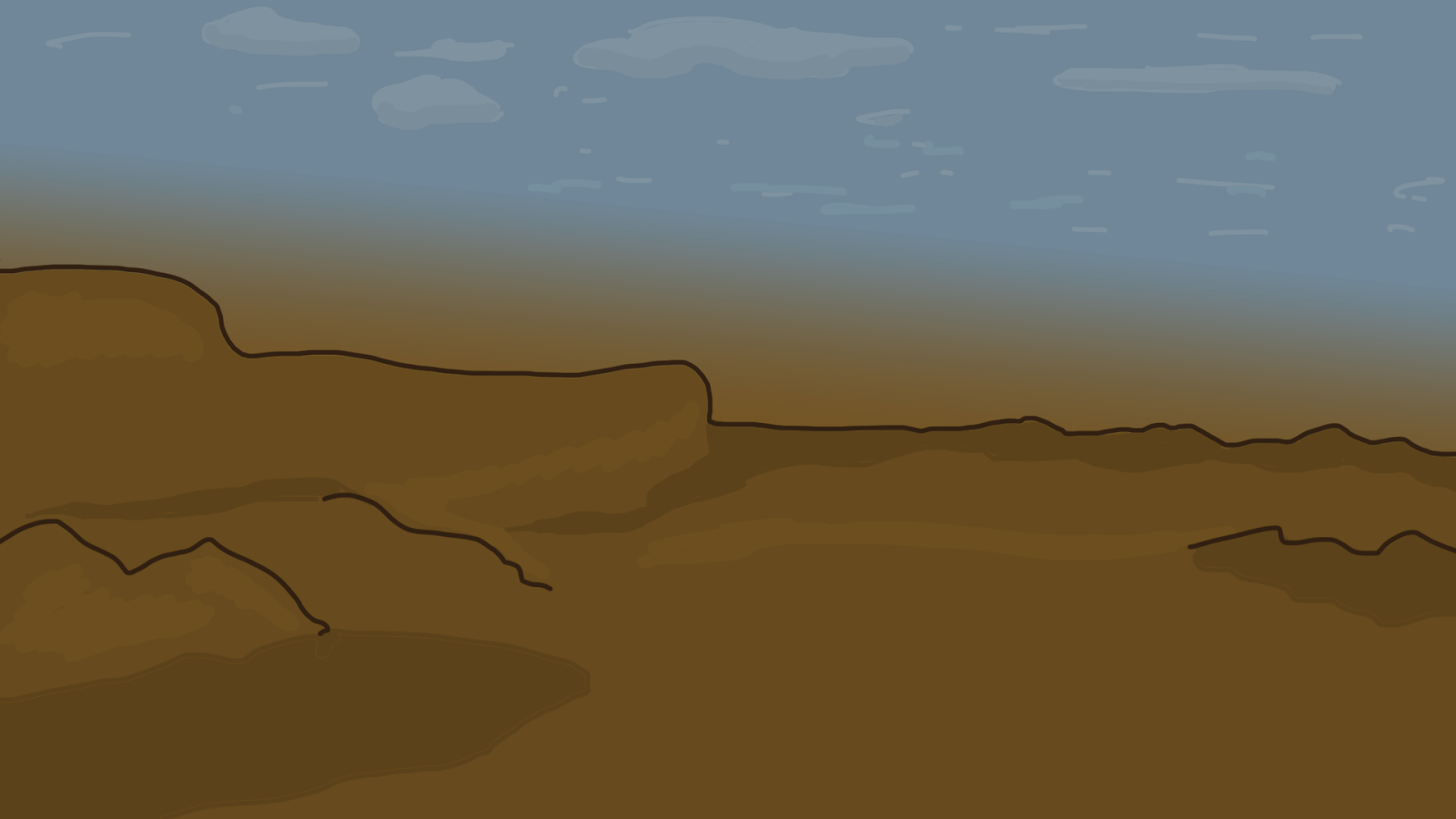 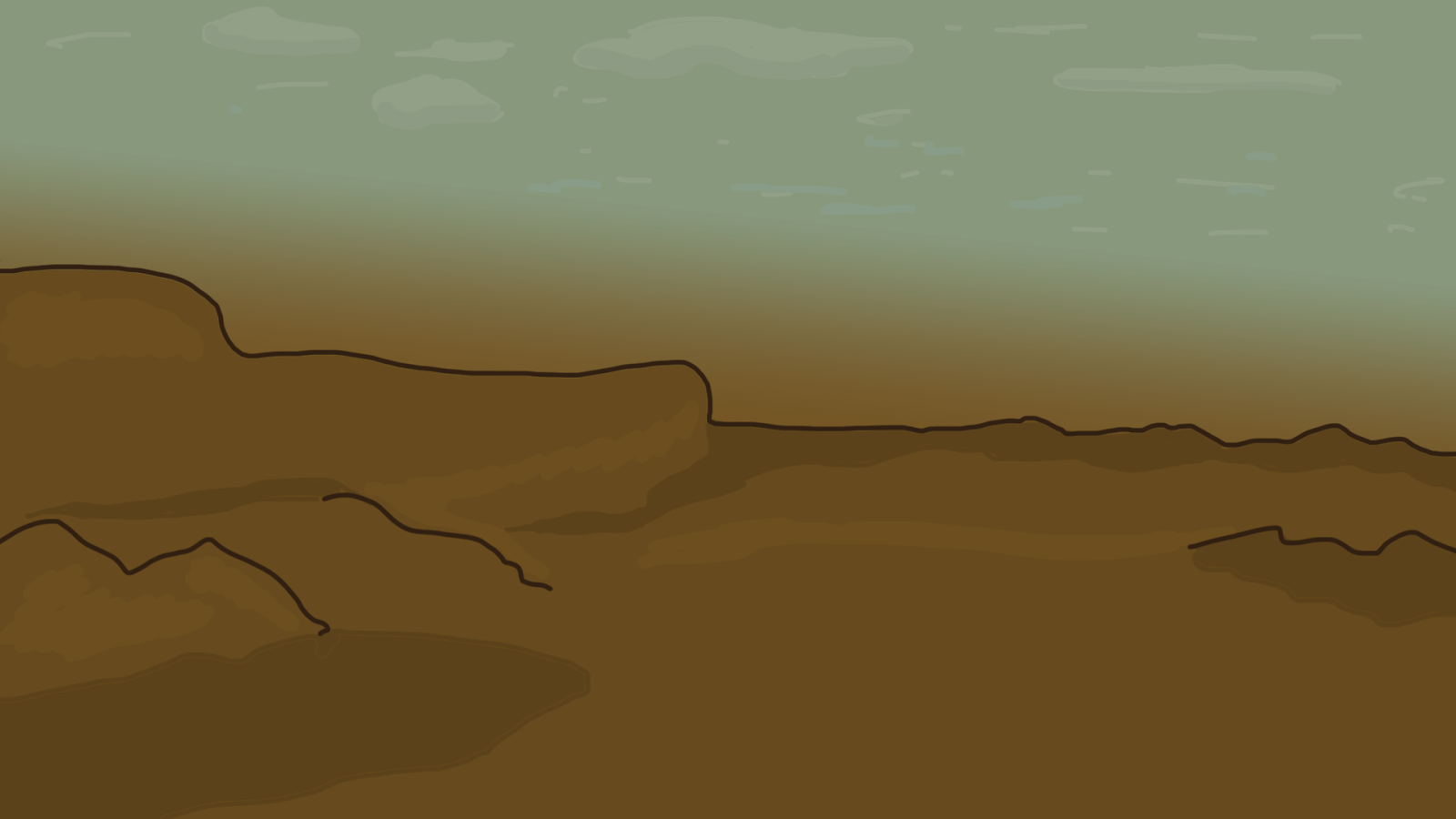 The yellow is too close to the orange-brown dust so it gives the impression things are already hostile, whereas the blue is a complimentary colour to the ground. The blue is also more representative of our own atmosphere which we already come to recognise as safe. I liked using the blue to hopefully make people associate the blue with “breathable” air.

This idea is also used in Total Recall (1990) but they use a very dark red to identify the hostile environment and the blue with the breathable environment.

The below concept is an attempt at showing the planet enduring a toxic dust storm. My environmental art skill isn’t fantastic but it gives an idea of what type of additions I want to include that invade the calm environment. 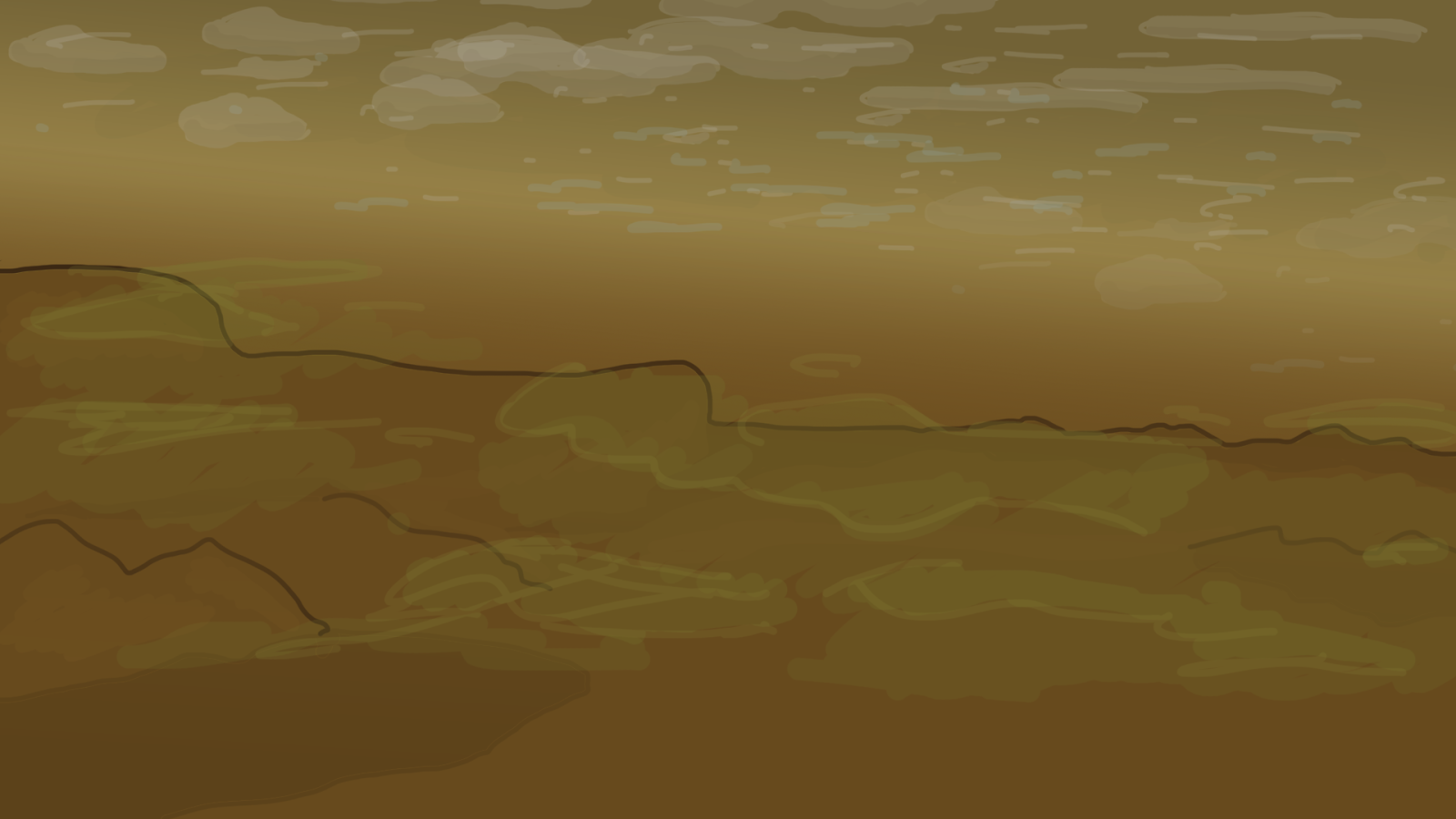