Return to Oz (1985) is a sort of sequel to The Wizard of Oz (1939), based on the novels by L. Frank Baum. It’s not an official sequel to the film but follows the events of the film and borrows some elements from it. While its not a live action film it does have some stop motion elements from it.

I watched the film a good few times when I  was a kid and while I thought it was pretty dark and even scary in comparison to The Wizard of Oz, I also really liked it. I was recently watching this film when I spotted those stop motion scenes and this was the first time I had watched it and analysed it for its animation. The stop motion scenes I’ll talk about in this blog are particularly related to the Nome King and his followers.

I couldn’t find out much about how the visual effects were created so some things in this post will be good assumptions. Its obviously stop motion animation but I have a feeling that Nicol Williamson, who voices him and plays him in human form later in the film, was used as a reference for the animators as the facial animation matches with his own acting style very well.

The nomes possess a metamorphic quality to the way they are built and also move. While the characters themselves were built with clay in real life, in the story they are made of rock. The visual effects team did a great job of using the clay to emulate the metamorphic quality of rock, and how it might move if it could. Additionally, the nomes are seamlessly blended into real life rocks, the clay texture matches the real rocks so well its very difficult to tell where they clay is blended in to the rock. 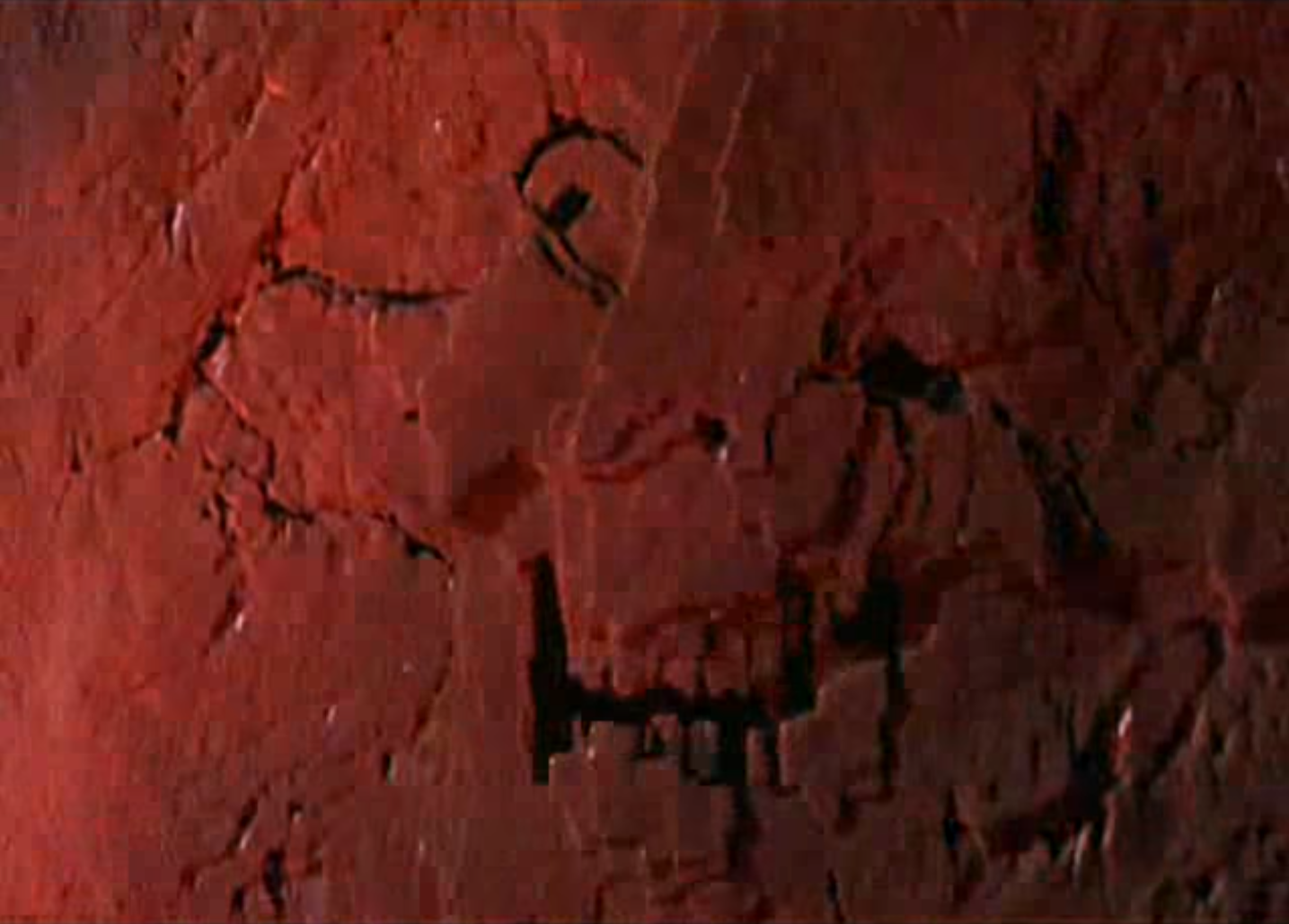 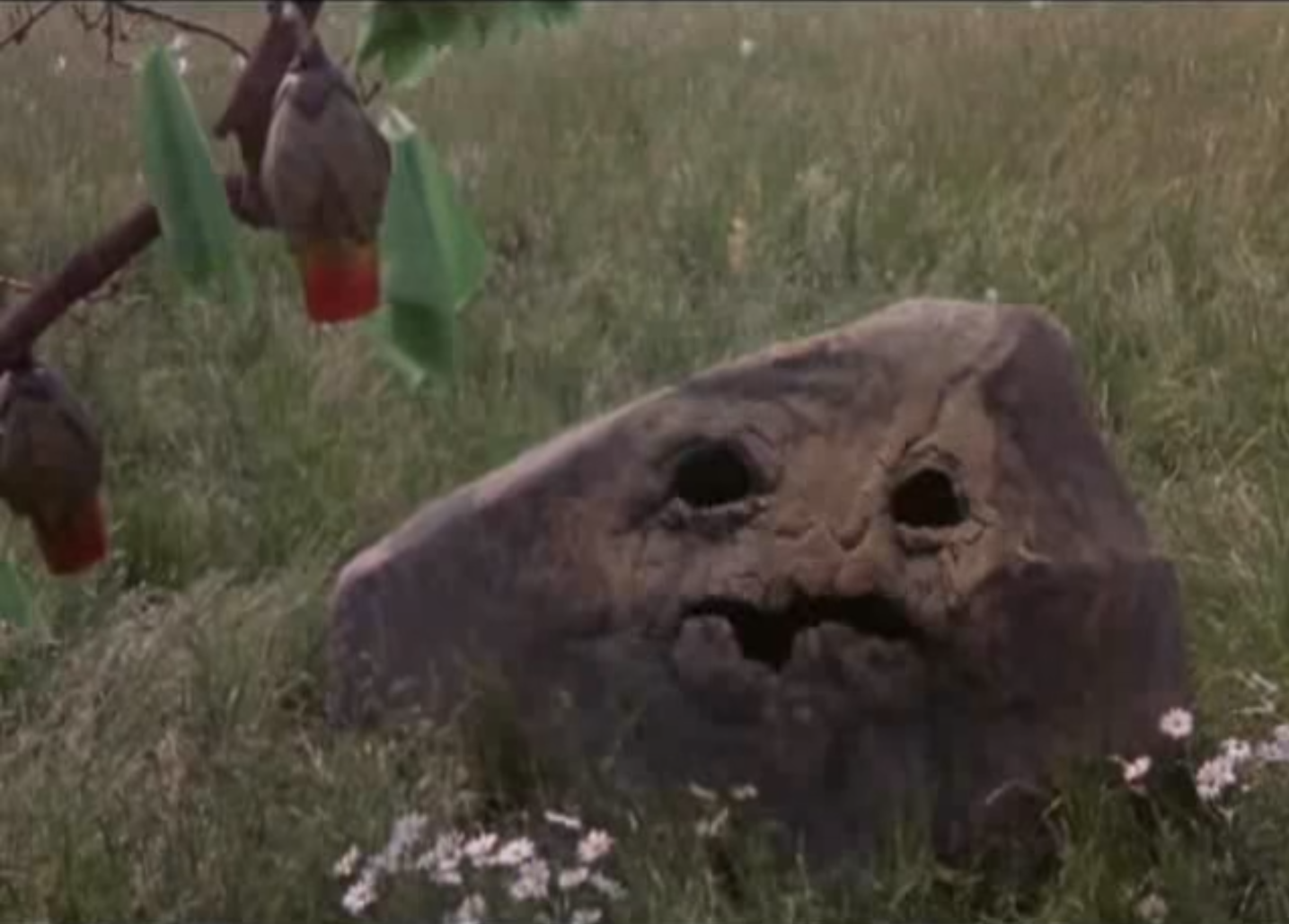 The Nome King appears to the main characters in a few forms, his rock form shows up at the entrance as well as inside his mountain. Later, he slowly changes to become more human. I really like how the transition works as each step towards human gives him more detailed anatomy until they switch the stop motion model to a live actor as he emerges slowly from the rock wall. The Nome King’s transformation is made sinister through the use of stop motion as the surreal change from stop motion to live actor emphasises the sinister actions of the character himself. Keeping the texture from the clay parts in the live actor’s costume helps blend this well. 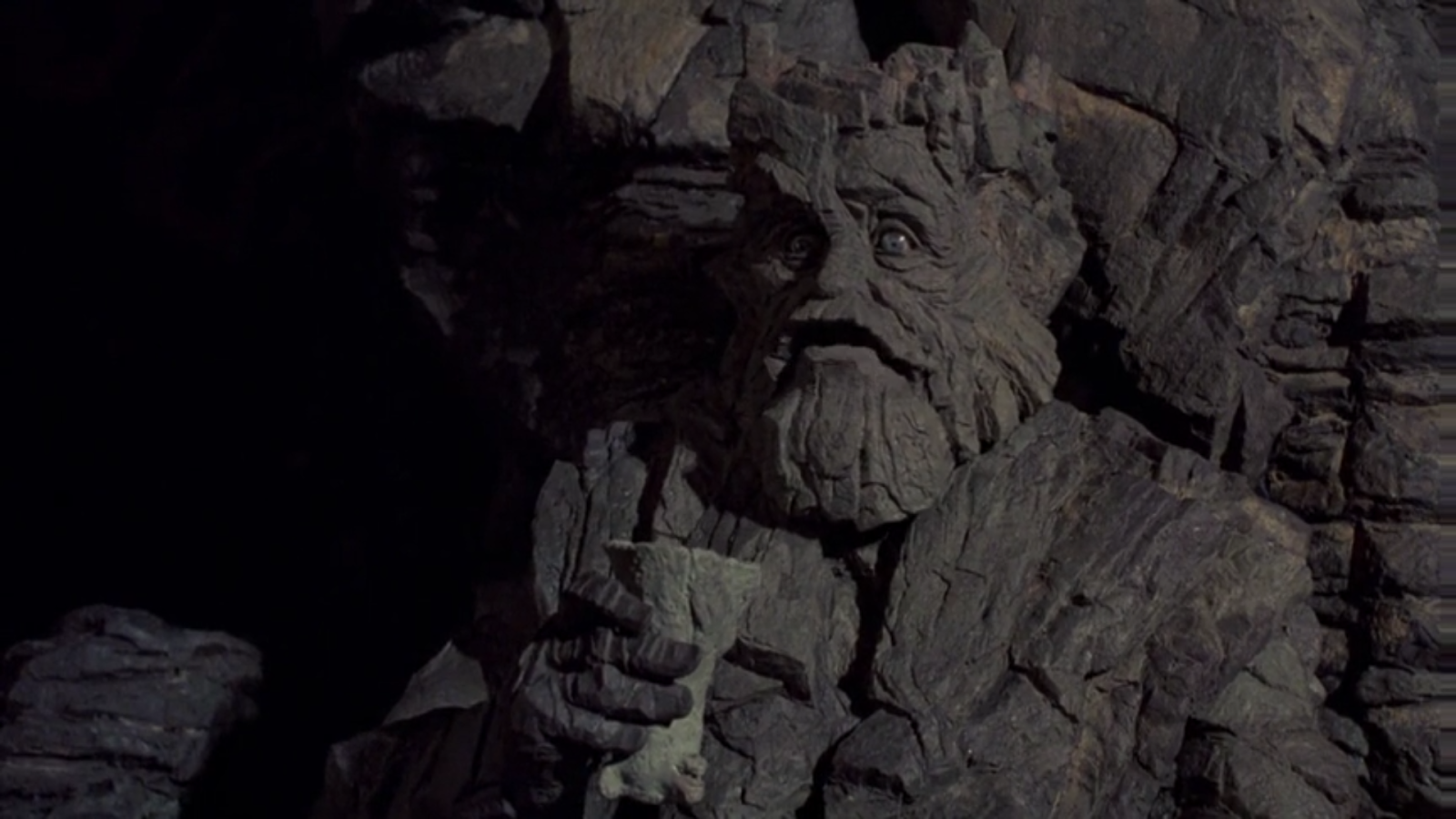 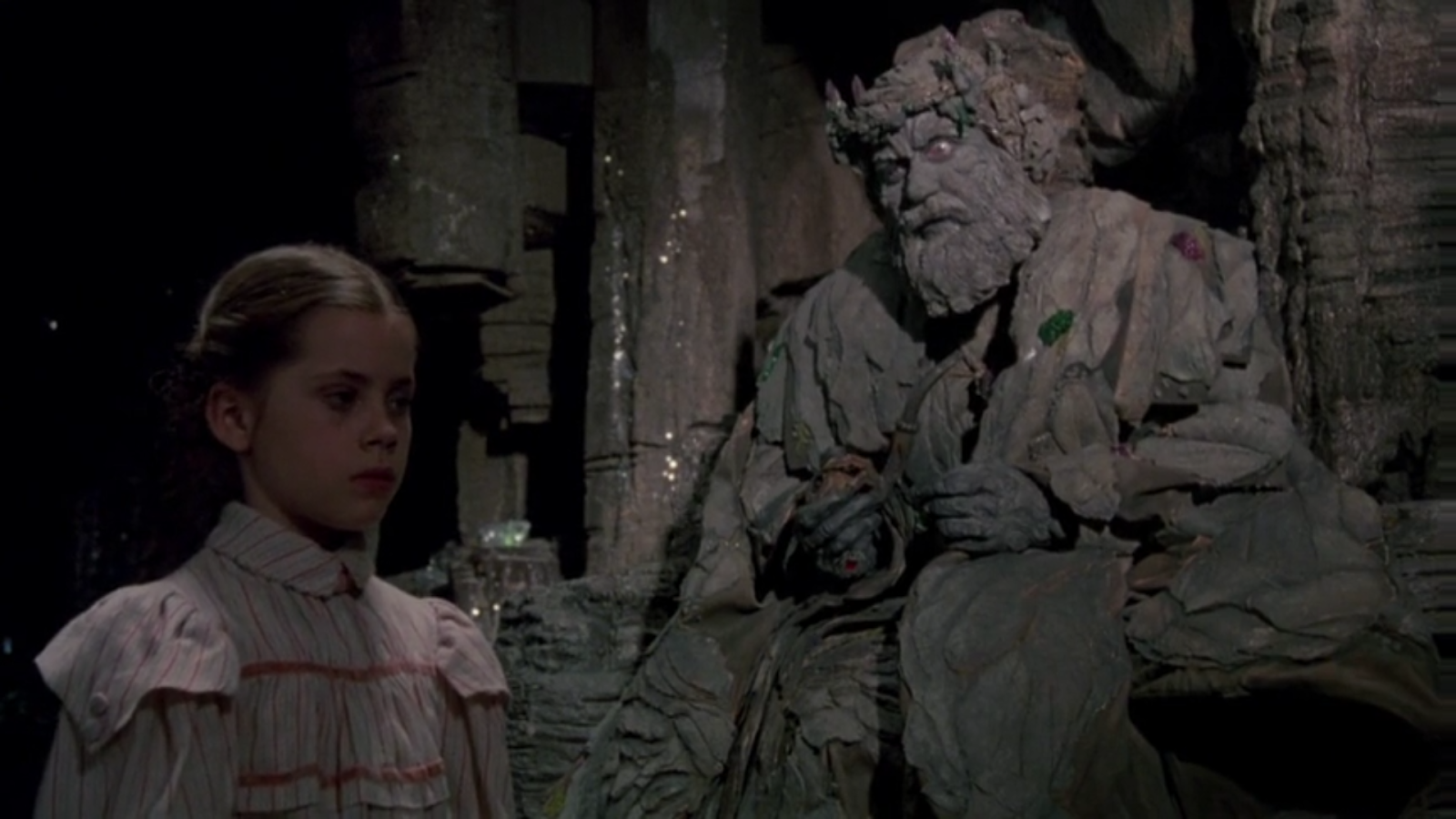 The Nome King’s death near the end of the film also has some fantastic moments. I like the way the clay crumbles away like rock formation crumbling from being unstable. Moments like his eyes turning back to rock are also sinister but fascinating to watch. 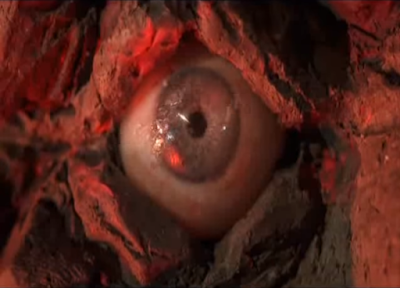 In general, I’m not quite sure if they got the tone of the film right. In comparison to The Wizard of Oz, Return to Oz is a darker film with scarier characters. The stop motion only adds to the creepiness of some characters and while this is great if that was the intent but as a kid I don’t remember entirely enjoying watching the film for that reason.

Return to Oz sits in that great time of visual effects just before CGI explodes in popularity in the 1990s. As such, the stop motion greatly enhances the longevity of the film as it doesn’t look cheap or out of place as it might do if it were created 10-20 years later with computer generated effects. The use of stop motion adds a layer of magic and mystery to the environment that I think only stop motion can do best. The hands and arms for a doorway is an iconic shot from this film. I was surprised to learn that the Nome King and his followers weren’t the only stop motion animated characters. A scene with Jack Pumpkinhead later in the film used a stop motion puppet in order for the Nome King to interact with him and eventually eat him. The design of the character itself has similarities to Jack Skellington in The Nightmare Before Christmas (1993).

While the film itself doesn’t live up to the magic and wonder of the original The Wizard of Oz, the visuals did and it was even nominated for the 1986 Academy Award for Best Visual Effects.