A few days ago I completed my Lego animated version of the Batman v Superman: Dawn of Justice film. This has been an ongoing project alongside my Honours project and earlier in the month I decided to commit to finish it before the movie’s release date. While it did mean I had to put my Honours animation on hold at an inconvenient time, I felt it was necessary to move this secondary project out of the way in order to fully commit to my Honours project. I also wanted the video to be uploaded at the relevant time. Had I completed it later it would have been a couple of months since the movie’s release and it wouldn’t have had the same impact.

This was the final outcome and I’m pretty happy with how it turned out. The animation has been my most ambitious project from a technical stand point requiring over 100 shots and a large number of multiple sets. As its a blockbuster movie, there were also a number of visually complex shots including explosions, flying, fighting and cinematic shots I had to re-create.

This blog post will analyse this project as the work I’ve done on it has affected the way I’ve gone about my Honours project. While I don’t intend to use this animation in my submission, the thought process, techniques, lessons and feedback have directly fed into my Honours project and without it, my Honours project would be in a very different position than it is now.

Lego as a Tool for Filmmaking

Not only was Lego the subject of the animation but I discovered interesting ways to use Lego to assist the actual animation process. One such way was using Lego to position and move the camera in shots. I use a webcam for filming since it connects to my computer to be used as an input for animation software. I’ve always used a Lego cradle to steady the camera as it doesn’t have a good stand of its own plus it helps to attach directly to the surface its filming on.

While I’ve used Lego as a camera movement tool in the past there were new things I tried. As I was recreating the trailer which is very cinematic in nature, there were camera movements that I wouldn’t normally consider so had to come up with solutions on how to replicate them. There was one shot which required the camera to be elevated gradually, so I built a make-shit elevator rig. In another shot I required the camera to rotate around a centre point of the set. I connected a few Lego bricks together to make a long rod connected to a Lego turntable which I concealed beneath the set. The camera then slid along some flat tiles. I’d move the camera by hand at a steady rate. However there was a shot which was seven seconds and required the camera to follow a character running up a street. The camera needed to be following the character steady so some maths was involved. If you’re interested in that: The run cycle in the shot lasted 6 frames which moves the character 2 studs forward. The distance between 2 studs is 16mm so each frame the camera needed to move 2.67 frames. This was the longest shot in the trailer so I sought the help of a friend to help move the camera while I focused on the character and environment movements.

As with most animation projects, each new project brings new things to discover.

I’ve thought more about the materials being used as well. As I’ve historically worked with Lego in my animations, I hadn’t thought about the material’s properties compared with other materials. As I’ve been exploring different materials throughout this year, its highlighted what is unique about animating with Lego and what traits it has within the medium of stop motion.

Points of movement. Lego has seven points of movement (two legs, two arms, two hands and the head) which defines the way most people will interact with them – through playing, posing or animating with them. However animation isn’t limited to just these points of movement. There’s nothing to stop you from removing an arm and positioning it in anyway you want, provided you can support it and hide the support. I did this a few times throughout the trailer such as when Wonder Woman smashes her bracers together or when a poor background guy surrounded by water waves his arms about to get the attention of Superman. But in general, the seven points of movement defines the movement of the characters. Subtler movements have to be done different whereas the chest can’t bend and the head can’t look down, the waist has to move instead. A real life person moving this way wouldn’t look natural but for Lego it’s just accustom to see that type of movement. 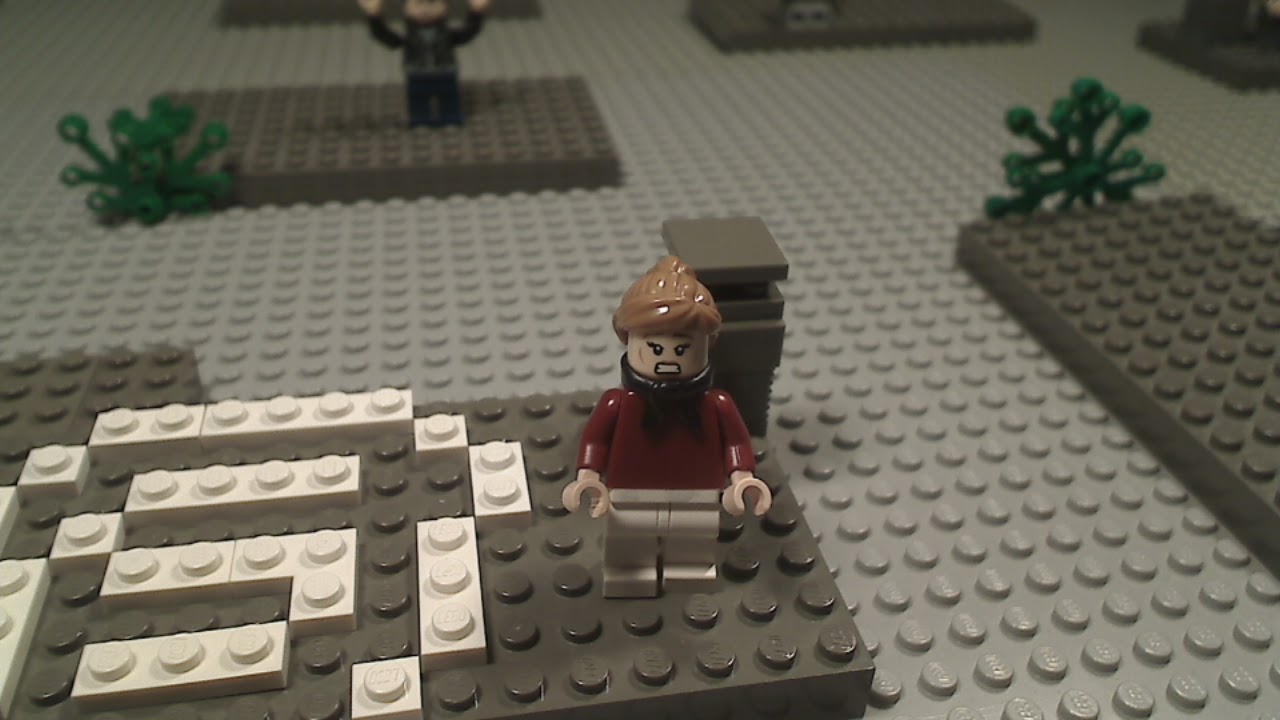 During the long running shot I mentioned earlier, I had the problem of not being entirely sure on how to animate the oncoming smoke and rubble coming from the collapsing building. I settled on simply pouring a box of Lego slowly over the course of the shot and moving the large quantity of bricks as a single mass similar to how I animated with rice earlier in the year. The YouTube comments section is a weird and wonderful place. Having been a long time YouTube user I’ve seen most of it. I never expect a lot of meaningful feedback on my videos, in general the fans don’t much care for the quality of the animation. They may notice it but the feedback is going to be along the lines of “this is good”, “this bad”, “this is amazing”, etc. most of the time. That’s okay, for the most part I am pretty good and self analysing my work and there is a large user-base of other “brickfilmers” around. There are sites dedicated to giving more detailed feedback on brickfilms but the nature of this animation being based of an existing work makes it less interesting to share and talk about on these sites. Instead, this video is aimed at the fans of Lego, Batman, Superman and my own followers.

Majority of comments I received on my video upon upload were “he’s back” and “you’re alive” and most of the rest were overwhelmingly positive. This is great for morale and I feel good to be back and to still be welcomed among fans and the community of other YouTube animators. This is step one in my goal to reignite my YouTube channel, my website, brand and professional persona. Along with my honours animation, I hope this is a good way of selling myself for the future.

As expected I received a quick drop in subscribers as I’d reminded people that I was still alive. After three years of inactivity, not all of my subscribers will be interested in Lego videos any more. Fortunately after a couple of days I was back on the rise again and subscribers were flowing in nicely. Views were typical but suddenly picked up a couple of days in. During the weekend my video was featured on JovemNerd, GeekTyrant and Nerdist which brought in a sudden influx of viewers. This is why I wanted to release the video when I did, any later and interest in the movie wouldn’t have been as strong.

Interestingly enough, most views have actually came from YouTube’s suggested videos feature (where my video will show up along side other similar videos). While I’ve heard many users complain that this feature doesn’t work in a lot of people’s favour, it seemingly does for me.