After creating the animatic and evaluating feedback from the last supervisor meeting I decided to brainstorm ways to improve upon my story. I realised the television scenes during the beginning aren’t an interesting way of getting information across and it could be misinterpreted. That, and it was also boring and technically would get in the way of quality animation later on.

I started drafting up an story alteration where it begins with the character building themselves straight away. The window was still there but this time it showed the feet of people walking by. Since the character never saw the whole picture, his interpretation of the world was skewed. He would build himself with his own idea in mind. I never worked out how I’d end this animation.

During this second idea, I came up with an idea whereby the character starts off with jerky, more rigid movement as it moves for the first time. Like a machine starting up or a character that hadn’t moved in some time (like Zog from Astro Boy or the Tin Man from The Wizard of Oz). I quickly scrapped the second idea and moved into a third idea where this concept was expanded upon.

As time goes on, the motion becomes more fluid, while simultaneously he builds his body up using the clay.

The character would complete himself, before turning over a chair (a prop already on the set) admiring his new self. The animator would re-enter the room and find the character built up and sitting in the set. The little clay character would then give a small wave. 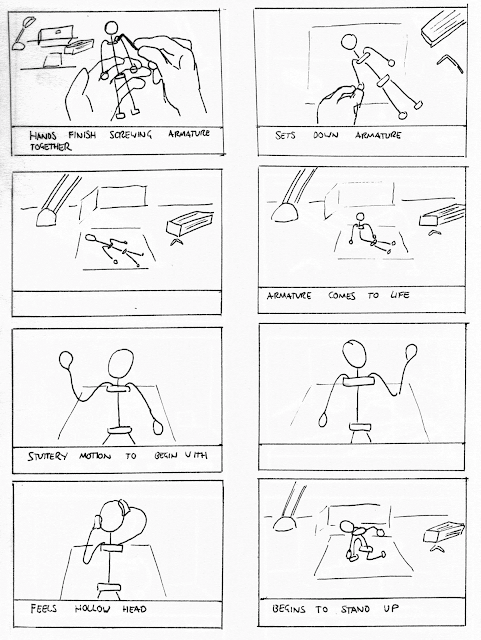 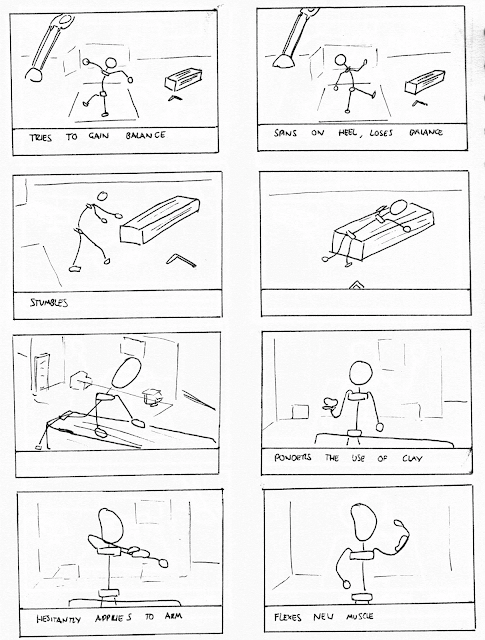