As my character rig is for animated films rather than games, I will be using a blend shape system for facial controls over a joint based system. Blend shapes work a bit like keyframes, where you set multiple poses on different faces, then on the main face controller you can blend between them.

The ‘MikeAndTina’ and rig I’ve mentioned previously uses blend shapes combined with a floating interface for interacting with these blend shapes. For now I’ve built the control shapes and will consider any user interface as an advanced feature later on.

As the mesh for my characters face is included in the mesh for her entire body, I had to extract the head from the body to be able to use as a blend shape. I used this YouTube video to work out how to extract the head. I discovered an issue with my character model that was seemingly unique to this model whereby when I cut the head from the body using ‘Detach Component’ the skin shader would seemingly trip out and produce a strange pattern. I tried troubleshooting many ways to fix this including removing all shaders, applying new ones, changing display modes and looking at vertex colouring but there seemed to be no fix. I had to re-import the skin mesh from another exported version of the character model for it to work. Thankfully it did work out in the end but I still haven’t worked out where the issue came from. 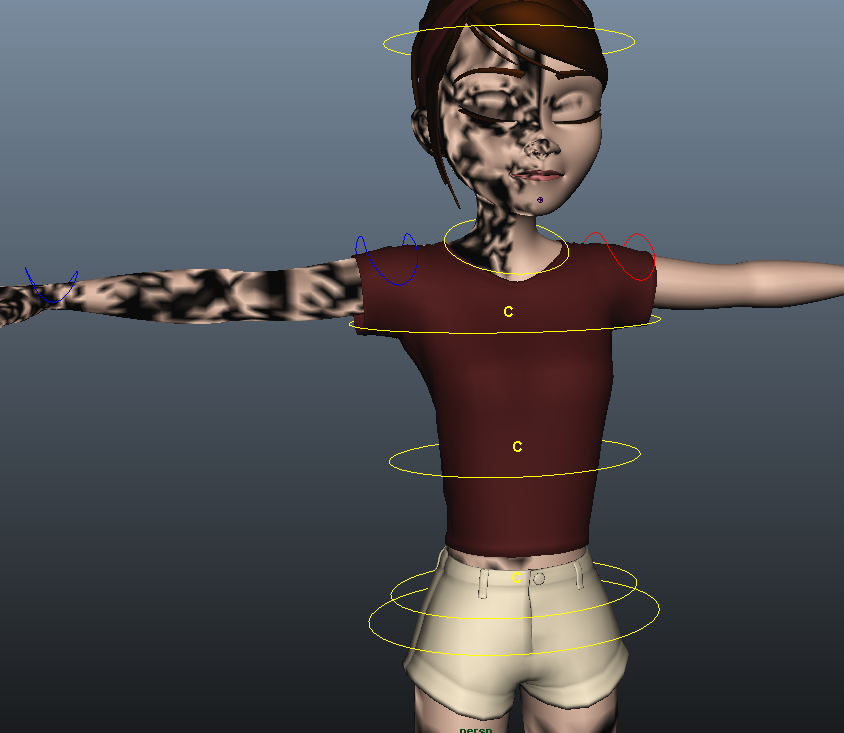 Once my the head was detached and duplicated, I re-combined the original meshes (making sure to do so correctly without changing the vertex names) and merged the vertexes back together on the joint. The duplicated head would not be a blend shape itself but would be a base mesh for blend shapes to come off from that. The base head would then connect itself to the main mesh so to transfer the blend deformations over when used.

Blend shapes is another thing that a lot of time could be spent on. Many rigs that use blend shapes have a comprehensive selection of deformations that can be controlled. As my time was limited and I wanted to move on to skinning I decided to create a selection of blend shapes that would cover most facial expressions but that may not be as extensive as other rigs. However if time was given, creating more blend shapes from the base head is always a possibility. 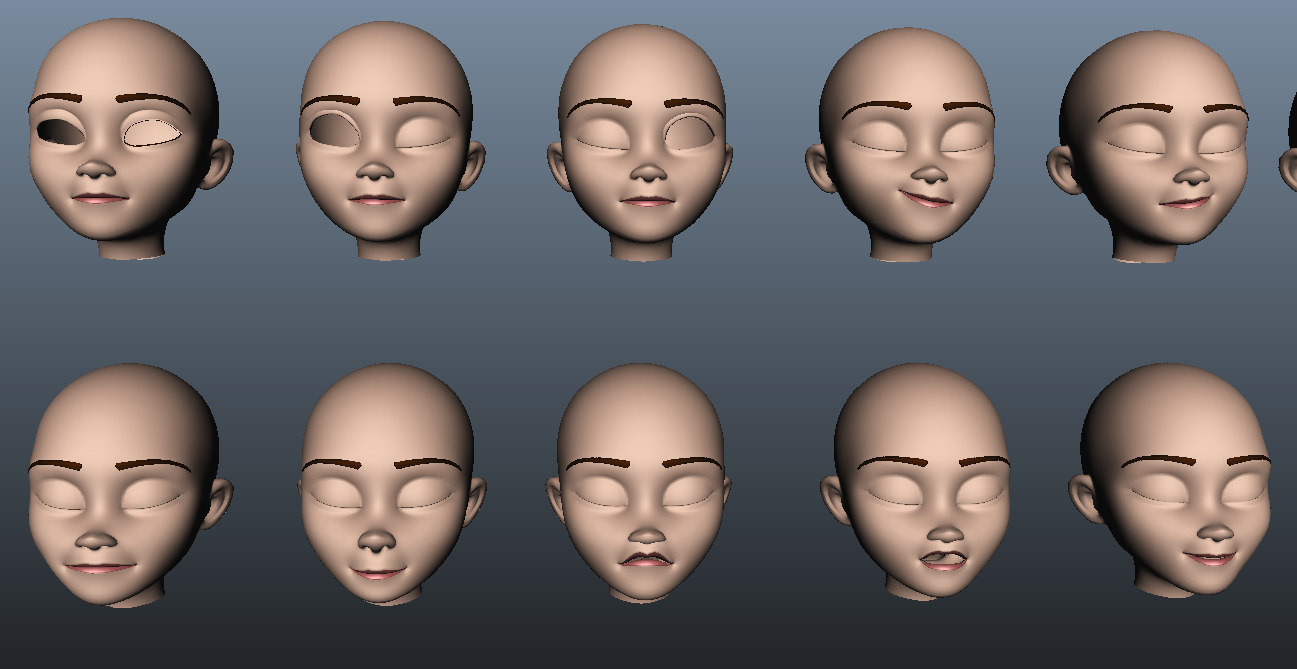 In total I have 14 blend shapes that control the opening of each eye, the raising of each eye brow, mouth raise on both sides, a pout and wide mouth position, and a few more.

The soft selection tool came in handy here, in surface mode it was useful for opening the eyelids as well as deforming the shape of many facial features.

If I were to add more blend shapes I could add more deformers to the eye brows to change their shape, controls for cheek muscles, more mouth deformers, nose deformers and more eye lid deformers. All of these take time so I will consider adding more later if time permits.